Why demand should be the R&D driver 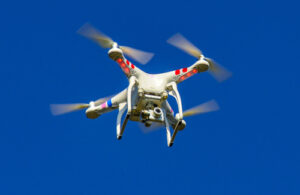 At this time of year all forms of the media are chomping at the bit to cover the new technology launches that are revealed at the consumer electronics event, CES, held in Las Vegas in early January. What the 2016 show has in store could partly have been predicted on the back of what we saw in 2015: lots of new drones, plenty of smart wearables, loads of networked home appliances and driverless cars aplenty. But would there be anything of interest to indicate a change in the direction of technology trends rather than just an evolution of what we already have?

Apart from the unexciting developments such as a ‘safe’ drone that won’t slice your fingers off to the rather unnecessary fridge that shows you what’s inside it on a screen on the outside so you don’t have to go to the colossal trouble of opening the door, there are two technology lines that have caught our attention and these may surprise you as they do indicate a real shift in our requirements from tech – manufacturers take note!

The first one is a welcome return (especially for those of us with boxes of LPs in the loft) to the Technics turntable from Panasonic. Apparently in response to a demand from consumers following a surge in the sales of vinyl, the company has realised that we need something to play the old favourites on and has launched two new units to be made available later in 2016. The news flies in the face of the direction that the music industry has gone since the widespread adoption of services like iTunes and Amazon etc and perhaps indicates that music enjoyment includes the tactile nature of holding a physical product and the ceremonial placement of the needle as well as listening pleasure.

Let‘s be honest, vinyl is never going to enjoy such a resurgence that CD sales (on the wane) or downloads will be blown away, especially as the production costs of vinyl are at a premium making some new albums cost upwards of £30 in the old format compared to £7.99 for a digital download. Some music (such as my personal favourite album of 2015 “Deviant Hearts” by Phantasma – in case you were wondering) never made it onto vinyl in the first place, but the Technics launches tell us that not every music buyer was ready to do away with the old in favour of the new. Which is also prevalent in another new launch at this year’s show – and you weren’t expecting this one.

According to reports from the BBC, Kodak has announced an initiative to revive the Super 8 video format and is presenting a prototype of a new Kodak Super 8 camera at CES this year. The camera features digital functionality – including an LCD screen allowing users to frame and view recorded scenes live.

“The company’s initiative has already garnered support from Hollywood directors including Steven Spielberg, Quentin Tarantino and Steve McQueen – all of whom have praised the qualities of Super 8 film. There are no details on when Kodak’s new camera might be released – or what it would cost – but the company has said it has developed a roadmap for eventually producing a new range of Super 8 devices as well as film development services,” say the reports.

A return to film! Hands up who saw that coming.

Both of these news items are, for me, far more interesting than the HTC virtual reality headset, Fitbit smartwatch, shoes with headlights or the LG 8K TV, all of which have made the news pages globally. The two retro launches indicate a market being driven by the consumer – not the manufacturer. A lesson that we in the security industry could well do with taking on board before we start mass producing 8K CCTV cameras and try to link every single aspect of security to smartphones.

In the January edition of PSI we spoke to Tony Walsh of Eaton who told us that technology must have real benefits and there is no point just developing something for the sake of it. So if turntables and film cameras are what people want then make them. No matter how many smart fridges, rollable screens and social robots (?) are developed, if the customer doesn’t want them, all you have are headline grabbers with a product lifespan of CES week.

Modern technology needs to meet the requirements of the customer and in the security sector the requirements for robustness and reliability over hikes in resolution should direct R&D spend for the foreseeable future.

Life through a smartphone

Safe bets for the New Year