A busy time ahead for PSIM 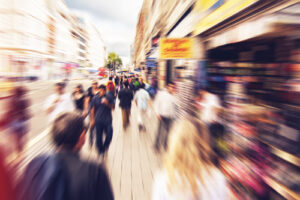 As another year begins, we catch up with Keith Bloodworth, CEO of CNL Software for his PSIM highlights of 2016 plus predictions of what is waiting for the security integration market in the coming twelve months.

In a year where national security has been shown to be relatively powerless against the evolving threat of small terror cells, the need for coverage of large scale CCTV, both public space and private has never been greater. At a time when almost all police and mass transit operations are facing reduced budgets for security operations, meaning fewer feet on the street, there has been an increased focus on the use of technology, using digital “eyes” as a force multiplier for officers and guards. These eyes on the street, work 24/7/365 with a low cost of maintenance and little intervention required. The may not prevent attacks, but they can assist investigations and the apprehension of offenders.

With the increased requirement for CCTV, however, comes the need to rapidly retrieve footage from both public and private systems along with the problem of integrating “legacy” systems, which, in many cases, it best served by a PSIM solution. This is not in itself, a Safe City solution, but it is a surveillance solution that forms a vital part of a much wider Safe City program. PSIM is a smart way to connect vast numbers of DVR/NVR/CCTV systems, from multiple different vendors, to retrieve video of interest for distribution to the force operatives who require the information. What has been significant in 2016 is the growing number of law enforcement agencies around the world who now acknowledge that the best solution comprises public/private co-operation as well as use of phones, drones and whatever technology gives them access to video most accurately and/or quickly.

With market analysts across the board predicting very high growth in the PSIM market – on average about 25%, but some as high as nearly 35% CAGR, the question is not if PSIM has a value proposition, but how do the Systems Integrators (SI’s) engage and work with the PSIM vendors. There are currently only a limited number of real PSIM “enabled” SI’s, who can handle from sales enquiry through to implementation and maintenance support. The challenge to System Integrators has been the large, complex, one off solutions that require ongoing maintenance and development, where not just security and facilities are involved, but increasingly business process as well. Those who have been working with PSIM are seeing the benefits of their investment with increased revenue, increased margin as well as improved customer relationships.

Many of the higher end Video Management Systems (VMS) and Access Control Systems (ACS) manufacturers have added 3rd party integration capability to their solutions, partly due to market need and partly to compete with entry level PSIM players, who mainly offer a “Common Operating Picture” without much added intelligence, custom GUI designs or workflow. Entry level PSIM vendors are finding it harder to demonstrate additional value to the market as the integrated solutions from mainstream VMS companies have an increasingly good offering at that level. We predict the demise of some of the “pseudo” PSIM vendors in 2017, as well as an increase in the entry PSIM market share taken by VMS vendors.

We expect to see ongoing significant growth for Enterprise level PSIM vendors, where PSIM is a customised, mission critical solution for the client, with tailored user interfaces, workflows and standard operating procedures. Here PSIM is widely recognised as a requirement of all high-end integration programs, particularly in the Critical Infrastructure Protection, mass transit, Oil and Gas, nuclear and Homeland Security markets.

The overall acquisition trend continued during 2016, resulting in more major consolidation taking place. Larger global players led on the acquisition front, particularly of IP based vendors, examples being Konica buying Mobotix, Honeywell acquired Xtralis and Axis buying 2N, an emerging IP based intercom vendor as well as Cognimatics, a video analytics specialist in retail solutions. M & A has been on the rise for some years and this year has given the security world one of its largest upheavals with JCI tying up with Tyco, making a seriously large global player, and potentially one of the few global System Integrators.

From the end users view, it is good that these leading market players are buying exciting new technologies, in turn making them more accessible through their larger distribution networks. It may seem odd that Securitas for example has bought an integrator (Diebold) as they are best known for their man guarding business, but perhaps it is time that companies hiring out security staff will be investing in supplying high value technology solutions that could supplement the man guarding element of their offerings, providing more value to their clients.

2016 saw the return of several highly promising technologies which have failed to deliver to the security market the first time around. Most notably, video analytics is back, especially embedded in the camera for live detection or as a forensic tool to retrieve video clips needed for post incident investigations.

Where this becomes interesting is the use of mixed technologies from multiple vendors to build an end user application, as required and defined by a client. This is how PSIM and other 3rd party vendors, particularly analytics can offer huge reduction in operations, costs and time by allowing automation in event identification and process. Analytics used on their own are not a solution, but as part of a wider, more encompassing operation, can add detection and tracking as well as identify from vast amounts of video data from multiple vendors.

In 2017, Enterprise PSIM will continue to raise its game in areas that were once the reserve of defence contractors and semi military companies. Further expansion into C2i will see greater levels of intelligence, including tracking, slew to cue, aggregation of sonar and radar, mass communications, 3D, Federated systems and custom built applications such as incident management, for specific verticals. Many of these will be at a scale that only dedicated PSIM products will perform, both defining and confirming the requirement for PSIM in verticals where security hugely impacts business efficiencies.

PSIM will oppose the industry trend and in contrast to other security systems, its greater capability and value creation will drive its growth as opposed to ever reducing prices. Will 2017 be the breakthrough year for PSIM? Perhaps not, but it will be the year that many of the global SIs start to define strategies for their participation in this growing market – both in importance and revenues.

Security trends from across the pond