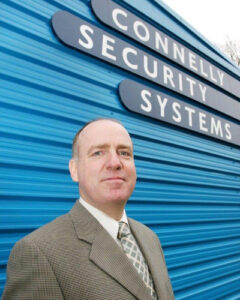 The first, acquired in July, was Pentland Fire and Security where the owners Allan and Kathleen Gay had no succession plan in place for their business.

Paul Connelly (pictured), MD at CSS, said: “I have known Pentland for many years and it’s a positive move for them to join CSS by merging their clients with ours. Both Allan and Kathleen Gay will head up CSS operations in the Edinburgh and Lothian area for us over the next three years until their retirement at the end of 2017.”

In October, CSS acquired Edinburgh-based Castle Security group from the family of the late MD Derek Rutherford following his death in March 2013.

“These three companies will bolster our market share in the east of Scotland and enhance our local customer support engineers and back office staff,” said Paul. “CSS already had a significant client base in our own right however we now have locally based offices across Scotland in Ayr, Glasgow, Edinburgh and Loanhead.”

Guidelines for fire detection and protection