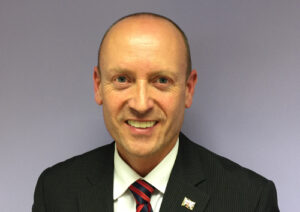 360 Vision Technology has announced that Adrian Kirk has been promoted from National Sales Manager to Director of Strategic Accounts. In his new role, Adrian will be responsible for helping the manufacturer to achieve its planned growth strategy.

Commenting on his appointment, Adrian said: “The last five years at 360 Vision Technology have been superb. We’ve seen our manufacturing business go from strength to strength in a market dominated by Far East companies. In an industry where it often seems to be a race to the bottom on price, we’ve forged strong relationships with our customers. In my new role, I’m looking forward to working closely with the National Sales team to further promote 360 vision’s full range of British made CCTV and IP Cameras.

Mark Rees, Business Development Director at 360 Vision Technology added: “On behalf of the 360 Vision Board of Directors, I would like to congratulate Adrian on his promotion to director level and the significant contribution he has made to the company’s ongoing success.”