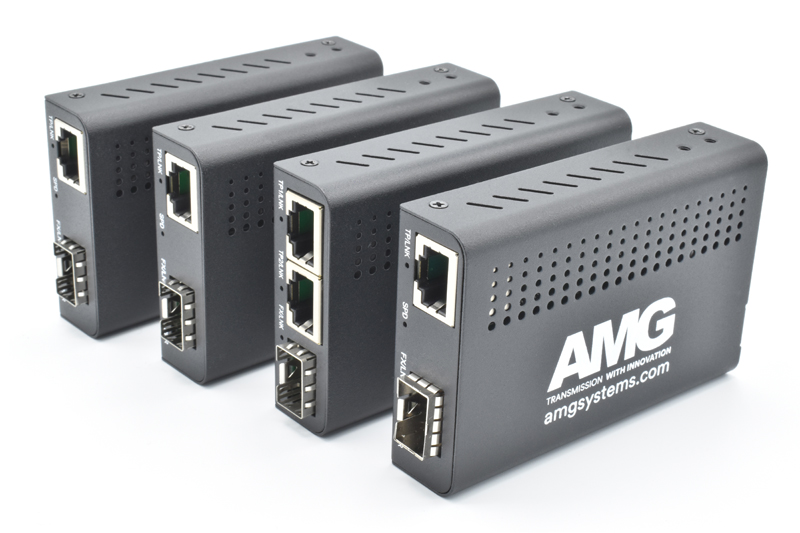 Each unit features user-selectable DIP switches to allow the configuration of features such as link fault pass-through, where the loss of either the RJ45 or SFP will cause the corresponding port to link down, enabling a fault to be detected by other connected devices. Other configurable features include, port isolation, jumbo frames, automatic laser shutdown and SFP speed selection.

All of the AMG210M series media converters ship with an in-line style wall mountable power supply and can be deployed standalone or wall mounted using the included mounting kit. For additional installation flexibility, the optional AMG210C high density chassis with dual redundant PSU’s allows up to twelve AMG210M series media converters to be rack mounted into 1U of space making it ideal for applications where rack density is a key requirement.