Bigger fines ahead for UK companies? 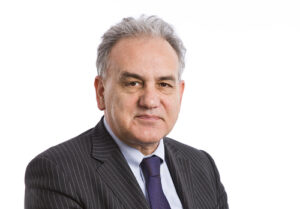 Over the last fortnight, prosecutions of two UK companies have demonstrated the significance of the recent changes in sentencing guidelines that will be applied by courts in England and Wales for health and safety offences. Over the past two years, the British Safety Council has argued that the planned changes to the sentencing guidelines for health and safety offences would result in significantly greater fines.

Neal Stone (pictured), Policy and Standards Director at the British Safety Council, said that the changes have been a long time coming: “The conviction of Travis Perkins at Aylesbury Crown Court, following the death of Mark Pointer in November 2012, together with the conviction of Balfour Beatty Utility Solutions at Preston Crown Court, following the death of James Sim in April 2010, provide clear evidence that the courts are getting tough with organisations who are found guilty of serious breaches of health and safety law.

“The possibility of significantly larger fines is now a reality. Rightly so. Travis Perkins was fined £2 million and Balfour Beatty Utility Solutions was fined £2.6 million following convictions for breaches of health and safety law. The warning signs from the courts have been there for some time. Senior judges, including the Lord Chief Justice, have argued that changes in sentencing practice were much needed.

“The British Safety Council, having consulted its members, publicly supported the changes to the sentencing guidelines. We strongly believe that the Sentencing Council has adopted the right approach, with the courts now being required to assess the culpability of the defendant, the degree of actual or potential harm caused and the financial turnover of the organisation.

“As the guidelines make clear, there will be occasions when the fines imposed will be so large that they will lead to closing down the offending business. The British Safety Council trusts the courts to apply the sanctions wisely. Larger fines by themselves, whilst justified, will not bring back to life Mark Pointer and James Sim. We must continue our work to prevent tragic and needless deaths and injuries in our workplaces.

“We are concerned that these two cases took years to come to court; four years in the case of Travis Perkins and six years in the case of Balfour Beatty Utility Solutions. Commitments were given by HSE and the government in response to the concerns raised by Professor Löfstedt in his review of our health and safety framework about the inordinate length of time it was taking to bring cases to court. These two cases demonstrate the continuing problem. Justice is not served by such delays.

“Large fines will not be effective if they do not contribute to greater compliance. It will be some time before we see the extent to which large fines influence the behaviour of those with health and safety responsibilities. In the meantime, we will undoubtedly be seeing more fines of this magnitude imposed by the courts.”