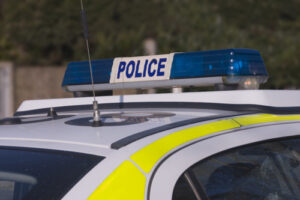 BSI has fully revised the standard which ensures that the integrity and effectiveness of an installed CCTV system is not compromised. BS 8418 Installation and remote monitoring of detector-activated CCTV systems – Code of practice supersedes the 2010 standard, which provided a quality platform for detector operated CCTV system that is expected to be recognized by Association of Chief Police Officers (ACPO) as part of their security systems policy for police response. The revised standard ensures that the installed CCTV system provides the image output at the monitoring centre that is stated in the Operational Requirement (OR), to ensure the needs of the customer are met.

Detector-activated CCTV systems are seen as an effective tool in the prevention and detection of crime, which provide visually confirmed images of incidents as they progress. They can provide value added features such as their use being part of a safety management process when not performing the security function. When a detector senses activity the system transmits the images to a Remote Video Response Centre (RVRC) where they can be evaluated by an operator. These images can be viewed and a request can be made to an emergency response if there is visual evidence showing unauthorised access to the secure area and/or actual criminal activity. Therefore it is essential that the resilience and quality of the CCTV system is high and they are maintained at all times.

BS 8418 has been revised to work in accordance with the principles of the Surveillance Camera Commissioner role which was created under the Protections Freedoms Act 2012. It also works with the 2013 Surveillance Camera Code of Practice which gives twelve guiding principles to create a framework reassuring the public that CCTV systems will be used to protect and support communities rather than spy on them.

Anne Hayes Head of Market Development for Governance & Risk at BSI said: “The benefits of using BS 8418 are clear. It bridges the gap between CCTV installation standards and monitoring standards, and therefore ensures that the installed detector activated CCTV systems fulfil the user’s operational requirements in the images produced at the monitoring centre. This means that CCTV systems installed and monitored in accordance with this standard are capable of obtaining a response to a confirmed incident from the police (or other responding authority). In a time where strong vigilance and governance are key, BS 8418 adds the reassurance society needs.”