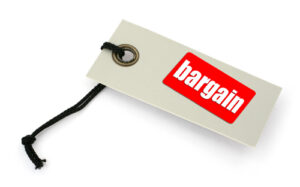 Over the last few decades CCTV has become a major part of the security industry and is relied on by many people for deterrence, detection and evidence, but can it continue to be a main focus for installers in the future?

A look through the pages of PSI magazine will leave no-one in two minds about the value and strength of surveillance in the UK security industry. Take a walk around any trade event on the planet and you’ll see household brands and technology specialists offering CCTV cameras of all sizes and shapes – so much so that you have to wonder how anyone new to the business can make their mind up about which cameras they want to go for!

The CCTV sector is a major part of the security industry and for the last few decades has seen colossal growth in its purchase and use. There are some liberal groups that feel there is too much surveillance in the modern culture, but that is usually all soon forgotten when a law enforcement agency seals a conviction on the back of video footage. What’s more the initial growth of business brought on by the development of cameras has been bolstered a number of times with the introduction of networked systems and increasingly higher image resolutions, analytics and other innovations that make cameras a popular choice for securing property and personnel. Yet despite all of this there has been one trend arising in the last few years that cannot be ignored and, in the opinion of some, could well see a slight change in the way that surveillance is packaged up for the customer. That trend is the continuous price drop of cameras.

When we had the analogue vs IP debate around five years ago there were a number of factors that were keeping the old established analogue cameras in situ and holding networked systems in the realm of ‘would likes’ rather than ‘must haves’. One of these factors was price. Someone once told me that the tipping point in IP camera sales would be when a company brings to market a professional network camera with a price tag of less than £100, well that barrier has been broken for some time and today we are seeing prices continue to decline despite sales continuing to climb.

Where does this leave us?

We have already seen some manufacturers turn towards OEM supplies rather than making the cameras themselves and we have heard others proclaim an interest in supplying ‘total systems’ rather than cameras as individual units. Perhaps even with a whisper of making the cameras ‘loss leaders’ in order to sell the other components and services required for the job. This might mean that installers gain new work as cameras become more affordable for customers, but what would that do to your margins?

And then we’ve got the so-called ‘impact of Brexit’ to come…..