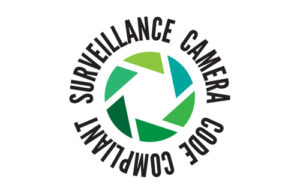 The Surveillance Camera Code of Practice provides guidance on the appropriate and effective use of surveillance camera systems by relevant authorities (as defined by section 33 of the Protection of Freedoms Act 2012) in England and Wales who must have regard to the code when exercising any functions to which the code relates.

Certification demonstrates that the organisation complies with the surveillance camera code of practice and for relevant authorities it’s essential that they can evidence they have shown due regard to the code – certification enables them to do this.

There are two steps to certification:

The first step – desktop certification – is aimed at organisations that are working to achieve full compliance with the code but are aware that they may need more time to become fully compliant.

The second step – full certification – is for organisations that are close to or fully compliant with the code; it involves a visit and full audit from a certification body.

There are currently two UKAS accredited certification bodies who are qualified to audit against the surveillance camera code of practice – the SSAIB and NSI. Successful organisations will receive a certificate and be able to display the commissioner’s certification mark on their website and other publicity material.

Tony Porter said: “Certification enables organisations to demonstrate to communities that they use their CCTV systems transparently, effectively and proportionately. It shows they comply with the surveillance camera code of practice and indicates they follow best practice. I’m determined to raise standards across the industry and following on from self-assessment my third party certification scheme aims to do just that.”