DIY security and the professional installer 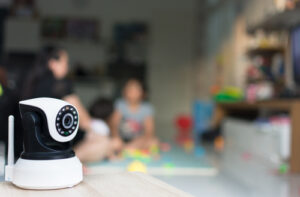 The popularity of do-it-yourself (DIY) security systems is on the rise owing to their low cost, easy installation and smartphone-enabled operation. Anna Sliwon, research analyst, building and security technology, IHS Markit looks at the impact of DIY security on the professional installer

In 2016, the global market for DIY security equipment reached $60 million, with the great majority of gear (85 percent) sold in the Americas. The American market for DIY intruder alarms is forecast to grow at a CAGR of more than 20 percent over the next five years.

In recent years, the residential security market has seen an influx of DIY intruder alarm system providers from internet service providers such as Deutsche Telekom and consumer electronics companies including Ring and Nest — the latest such providers to offer DIY security systems.

The popularity of DIY systems is on the rise for several reasons.

New players have entered the security marketplace from other industries, resulting in increased competition and pricing pressures.

DIY systems are most likely to be chosen by young apartment renters, where there is no previous history of security equipment and the likelihood of annual moves is common.

In regions with high population densities, this will lead to the replacement of the professional install option, leaving DIY as a first choice for newcomers to alarm systems. For new homeowners who are also young families concerned with monthly fees, DIY systems may provide a viable option for securing property without long-term contracts.

The rise of the DIY market poses the biggest challenge to suppliers of professional security equipment. However it’s not all bad news….

DIY systems have helped lower the barriers to acquiring security systems. As the needs of DIY consumers evolve over time (for instance, they become property owners), they are more likely to switch to professionally installed systems, thereby increasing opportunities for the professional market via system upgrades.

DIY systems rely on open protocols and Wi-Fi connectivity that can sometimes be unreliable, creating connection issues. Some of the sensors can become unrecognisable to the system, requiring intervention from the user. In contrast, professional wireless systems rely on UL- or EN-certified equipment and operate on the basis of proprietary frequency, enabling them to work with the control panel much more seamlessly.

Although DIY security equipment is in principle very easy to install, it is still relatively new technology. Therefore, software and connection issues are likely to surface in the process of operating the equipment, which will undermine the performance of the system. Dealing with technical support that’s available only online or over the phone could be a daunting process and may not appeal to every consumer. Professional installers are usually located across numerous local offices, making an in-person interaction much more accessible and simple.

So how can professional security installers lessen the threat from the growing popularity of DIY systems? Find out in the December edition of PSI magazine

How to build an effective team