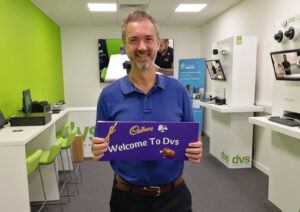 In a busy month for the distributor, DVS has announced it will be supplying Netgenium IP PoE active speakers including ceiling mount, projector, horn, column, cabinet and pendant models as well as revealing a new member of staff, Jon Saunders, as Pre-Sales Support.

Netgenium is a UK based manufacturer of IP PoE products and solutions. Inventors of the IP PoE lock controller in 2003, Netgenium were reportedly the first company in the world to power industry standard locking hardware from Power over Ethernet. Over the years, the range of products has expanded and includes IP PoE access control, IP PoE audio and IP PoE intelligent lighting solutions.

On the recruitment side, Jon Saunders moved into the security sector in 2011 following many years in the IT industry working for various manufacturers, distributors and resellers. It was at a time when IP video was really starting to make inroads against analogue and it looked like analogue would be disappearing, he naturally gravitated to IP technology and embraced it, initially as an Internal Sales Engineer and later progressing to a Pre-Sales IP Video and Project Management role before moving to South Wales.