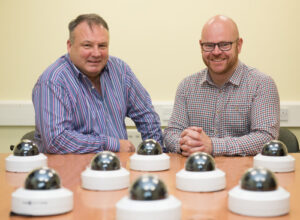 Hadrian Technology has been shortlisted in The Financial Times’ inaugural ranking of Europe’s fastest-growing businesses – The FT 1000 – compiled in co-operation with statista. The news comes a few months after Hadrian Technology was named as a Sunday Times Virgin Fast Track 100 company.

The league table, published online, will feature in a Financial Times special report at the end of April. It ranks Europe’s 1000 fastest growing companies between 2012 and 2015.

Ranked 252 out of 1000 European companies, North East-based Hadrian Technology advises clients on the design and installation of bespoke high-quality CCTV solutions, operating software and digital cloud-based storage through to ongoing maintenance. Established in 1999 by Stuart Ferguson and Gary Trotter, the company has a proven-track record of delivering CCTV security systems for a diverse range of retail, leisure, hospitality and public sector companies and organisations across the UK and Ireland.