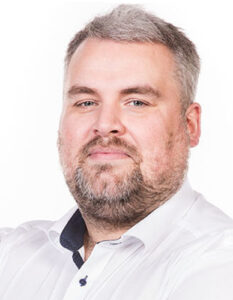 PSI recently caught up with Martyn Ryder, VP Sales and Marketing at Morphean to discuss the findings of the company’s “2019 Landscape Report: Hosted Security adoption in Europe” survey and to find out why installers should be adding cloud services to their portfolios:

What did you take away from the 2018 and 2019 surveys?
We surveyed 1500 IT directors, roughly 500 in the UK, France and Germany and the hypothesis around that was to gather the opinions around cloud how businesses were adopting it and what their thoughts were to using cloud in a physical security perspective. In a lot of the day-to-day activity we do in various countries around Europe we tend to find in the industry that the view of the end customer is different in Germany to France and the UK. Actually what we found in the original survey was that opinions were pretty much the same right across all geographies as well – the only real new one we saw was in healthcare in Germany; there was a reticence to use cloud-based solutions from a healthcare perspective in Germany.

The key highlights we picked up in the original report included 89 percent of businesses surveyed were already using cloud-based solutions with 75% using email, 54% for customer relationship management (CRM), 49% financial and commercial and on average a third of the IT budget was being spent on cloud-based services. Of all of the people surveyed around 66% said that security was their most important factor when evaluating cloud solutions, so it’s still top of people’s mind and they do have security concerns about where data is kept, but on the flip side just under 30 percent cited safer and better security options as the reason for moving to the cloud. So while there is some fear in light of the new stories we see about hacking and such there is a big percentage of people using cloud because it just them better overall security of their data. Roughly about 25% of those surveyed had have data security breaches in the past 24 months so we see that the security of data is still a big concern for people when choosing cloud providers.

Of particular interest to PSI readers, we also asked if people would consider putting physical security solutions in the cloud. Around 45% of those surveyed said they definitely would consider it, while 47% said they would possibly consider it and then the remaining percents are not looking at the cloud. This is a big opportunity for businesses and a big opportunity for integrators to address the growing need that customers have.

Around 11% of people said that they don’t want to use the cloud, is that purely because they’re worried about data security?
IT directors fear losing control – they feel that everything is under their control in their own datacentres and they feel better off with that scenario. Sometimes that can be the case, but sometimes not because you are relying on a lot of human interactions (such as logging out of PCs) to make systems secure. We see sort camps when it comes to cloud adoption, those that embrace it and understand it and those that don’t trust it. The big concern for those against the cloud concerns security and a lot of high-profile hacking cases in the media scares them about putting their data where they see it as outside of their control.

Listen to the full interview in the April 2020 PSI Security News Podcast available on Spotify, Spreaker, Apple, Castbox and via the PSI website