Is 5G the future of intruder alarm systems? 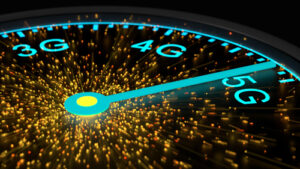 The shutdown of the 2G network in the United States in 2017 had a ripple effect on the market for intruder alarms, mostly affecting the sales of control panels and communicator modules. With many traditional systems using 2G or public switched telephone networks (PSTN) as alarm signal communication paths ahead of the shutdown, the impending mobile network re-farming required upgrades to intruder alarm signalling modules. The increased rates of equipment replacements in the immediate run up to the shutdown date resulted in a much smaller replacement market in subsequent years. In fact, according to the latest IHS Markit research on the global intruder alarms market, shipments of control panels sold to the United States market will experience a compound annual decline of 4.9 percent from 2017 through 2022.

While 4G connectivity has been available since 2009, 4G communicators were not used frequently with intruder alarm systems until recently. Pockets of data sent from traditional intrusion systems are small, requiring little bandwidth for transmission, but as more devices – especially video cameras – are added to intruder alarm systems, the demands on alarm and signal transmission capacity will also grow. With the promise of 5G offering much higher speeds and connection stability, the technology could open the opportunities for more product and system innovation.

The role of 5G

Traditional intruder alarm systems have relied on PSTN and General Packet Radio Services (GPRS) communication for signal transmission. With the heightened demand for signal transmission capacity, due to increasing use of video cameras with security systems and the growing number of sensors installed in an average system, an alternative communication path was required: internet-protocol (IP) communication performed that role. While this protocol has been implemented in a vast number of systems around the world, IP connectivity depends on the strength and stability of the internet network supplied to the home or the building. These can be compromised in a number of ways, which is why IP is often used as a back-up communication channel to the primary GPRS channel.

In the world of internet of things (IoT) for both residential and commercial applications, devices equipped with 5G-capable chipsets can offer superior battery life and much lower power consumption in wired systems. This functionality is crucial to reducing overall system maintenance costs, increasing their longevity and guaranteeing signal transmission stability that is far superior to existing technologies. In residential systems, the benefits of longer battery life and improved transmission capability could enable live video verification of intruder alarms on a wider scale. In commercial systems, 5G connectivity could support deployment of smart buildings that aim to improve the environmental footprint of commercial buildings, while delivering the benefits of automation.

5G could accompany cloud technologies in enabling real interconnected environments and to leverage big data. While the cloud has enabled the processing of large data sets from a variety of building and home systems, 5G could greatly speed up the transmission between systems, while improving connection stability. These benefits are particularly important to high-security applications where the costs of unsent or delayed signals could be very high.

Too early to tell?

5G is still at a very early adoption and deployment stage. Current global coverage of the 4G network is not universal, as certain countries only have partial coverage. This lack of 4G coverage reduces the popularity of this frequency for alarm communication, since the service offered by 5G-ready equipment may not work.

Significantly higher deployment costs on a national level may lead to postponement of country-wide rollouts, which will make investment in 5G technologies for intrusion systems riskier for manufacturers that do not prioritise 5G in their home markets. International markets may instead offer an opportunity.

5G technology is only beginning to roll out in certain countries, and its full potential has yet to be realised. Any IoT device or a security system equipped with 5G-capable chipsets will likely see a steep price increase, before the technology can become mainstream, like 3G and 4G. For end-users to accept a significant price increase, the comparable functionalities offered by these systems would have to be significantly higher than those currently offered. In the residential sector, these offerings might only resonate with more savvy users of intruder alarm – primarily those who are interested in advanced ultra-smart home security systems. In commercial systems, 5G benefits may be more readily realised in smart buildings that integrate intruder alarm systems with other building systems, or with high-security applications.

5G provides a more capable alternative to 3G and 4G communication paths, particularly for feature-rich systems that integrate video devices. Higher resolution cameras require better bandwidth, before they can send sizeable images through the network. However, transfer of large amounts of data through cellular networks is likely to result in higher data costs to system owners.

The volume of data transferred through 5G networks will be enormous, which has strengthened existing concerns about the cybersecurity of big data and the potential for misuse or breaches.

5G could be the technology that offers the best of all available communication technologies to the security industry. However, the regulations covering intrusion systems in many countries require dual-path communication for ultimate confidence in a system’s ability to send out alerts of intrusion. In other systems, IP communication has already met the demand for alternatives to cellular technologies. The ultimate test for 5G in intruder alarm systems will be around the question of whether 5G is necessary to accomplish what modern and future intruder alarm systems are capable of. However, embracing the opportunity for innovation, which 5G can offer, could help make future intrusion systems more efficient and capable.

Accredit where it’s due…

Thinking positively about the future