Lars Thinggaard to step down at Milestone 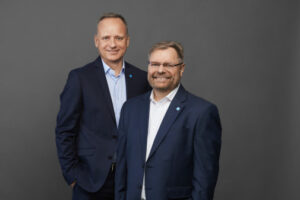 The Milestone Systems Board of Directors has announced that Lars Thinggaard, President and Chief Executive Officer, has decided to leave the company. As a result, the Board has started an open search to appoint a successor. During the intervening period, Lars Larsen, Milestone Systems’ Chief Financial Officer, will serve as Interim CEO.

Following the announcement, Lau Normann Jørgensen, Chairman, Milestone Group, said: “I am very grateful to Lars for the energy, vision, and heart that he has dedicated to Milestone employees and the community partners.”

Lars Larsen, Chief Financial Officer and interim CEO said: “I would like to echo Lau’s thanks, Lars has played a crucial role in the development of Milestone.”

Lars Thinggaard has been President and CEO of Milestone Systems for 17 years and before this as a member of the non-executive board. For the last six years, since the company’s acquisition by Canon Group in 2014, he has led Milestone as a standalone company in the Group.

New training centre for the North of England