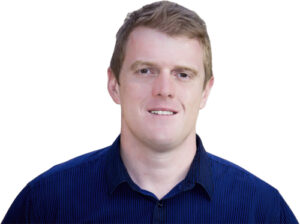 Midwich has announced that Mark Lowe has become the Managing Director of its subsidiary Midwich Limited, and Lee Baker has become the Company’s Commercial Director. Stuart Mizon has moved to the Midwich Group Office as Director of Strategic Development.

Formerly Chief Operating Officer of Midwich Limited, Mark has replaced Stephen Fenby as MD of the Company, to allow Stephen to focus on his role as Group Managing Director.

Lee’s new role as Commercial Director of Midwich Limited will see him assume full responsibility for business management at the Company.

Stuart joins the Head Office function to lead the Group’s strategic development programme. This role will involve supporting group management in the development of existing and new strategic business opportunities.

Stephen Fenby, Managing Director of Midwich Group Plc, commented: “I am pleased to announce these changes at both the Group level and within Midwich Limited. The Group had a very busy year in 2017, and these promotions will help to ensure that we maximise future opportunities.  I would like to congratulate Mark, Lee and Stuart on their new roles and wish them all the best as we progress into 2018.”

SSAIB and FIA join forces to help with certification