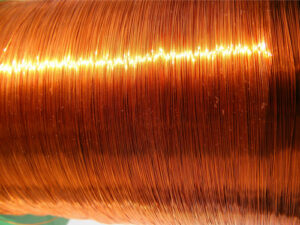 The price of copper has increased by over 50% in little more than year, raising fears that when metal prices rise, so will the incidence of metal and cable theft.

When the Scrap Metal Dealers Act (SMDA) was implemented in the UK four years ago, the government and police introduced cash payments ban, enhanced identity and the licensing regulations, to severely restrict the stolen metals market. For the next couple of years there were dramatic falls in reported thefts, although the drop in commodity prices also played their part.

“We’re seeing a combination of factors coming together that could easily foster a rise in metal theft.” Says Peter Lalor, Managing Director of VPS Site-Security. “Not only have metals like copper and nickel started to rise in value again, but all the enforcement agencies work and regulation checks are falling away at the same time.”

VPS has found that many of the licenses issued to scrap metal merchants – which is a legal requirement – have expired and not been renewed, even though many of them still appear to be operating, allegedly including one in the London Borough of Enfield whose company accounts show a turnover of over £100 million.

Some local authorities, like Hackney, also in London, have no licenses on the Environment Agencies register at all, despite over 20 scrap metal merchants operating there.

“When metal theft was at its peak, and the SMDA came into force, many police forces had metal theft task forces actively checking local dealers were licensed and keeping money transactions on paper. Now, you would be hard pushed to find an active task force tackling the issue,” says Peter Lalor.

This week, the British Metals Recycling Association echoed similar concerns, citing enforcement funding had been cut to the point where there is now no metal theft task force, few dedicated police officers and no appetite for going after yards openly paying cash for scrap metal.

Andy Fyvie joins the team at CSL from BT