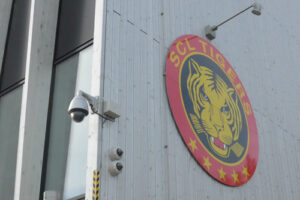 Swiss ice hockey club SCL Tigers has put the freeze on disruption at matches thanks to the installation of a new Panasonic security camera system.

The club has chosen the company’s 4K dome camera, the WV-SFV781L, to monitor spectator stands at the Ilfishalle stadium in Langnau. With 6x optical zoom and true 4K, the club is able to monitor the entire length of each stand using two cameras.

Alongside the 4K technology SCL Tigers also opted for WV-SW598A full HD fixed dome cameras outside the stadium and in areas away from the spectator stands. Operators benefit from a 30x optical zoom, PTZ functionality and a 128x dynamic range to capture clear evidence day and night.

The Tigers play in the National League A, the top division in Switzerland. Strict regulations regarding the safety of spectators as well as the security of stadiums meant it was crucial the club had a camera setup that would be dependable and compliant.

“The stadium operators needed to be able to review the video material of the stands and the areas outside the stadium within hours of an incident taking place,” said CEO of SCL Tigers, Peter Müller. “For us, it’s important that we invest capital in the best way possible and get the most out of it.”

Neil Killick to head up Milestone in UK&I