New drone standards due for Spring 2018 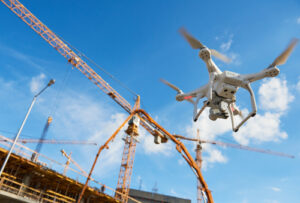 New Drone Standards are to be unveiled in Spring 2018 which are expected to lead to strengthened public confidence in safety, security and compliance within the industry.

The announcement was made at an event at the House of Lords sponsored by Field Marshal The Lord Guthrie of Craigiebank GCB, LVO, OBE, DL on behalf of the British Standards Institution (BSI) and Drone Major Group, whose founder and Chief Executive is Chairman of the BSI Committee responsible for Drone Standards.

The event was attended by BSI Chairman Sir David Brown, politicians including Aviation Minister Baroness Sugg, and other senior stakeholders in the drone industry.

Robert Garbett, in his role as Chairman of the BSI Committee on Drone Standards, stated in a speech that “after several years of work and global collaboration, detailed draft standards are expected to reach BSI Committee stage by Spring 2018, following which there will be a period of wider consultation, expected then to lead to adoption shortly thereafter.”

He commented “The development and adoption of the first quality and safety standards for the drone industry will make 2018 a pivotal year for an industry which is set to become a global phenomenon. It is the year when British and world standards will be crystallised, energising the industry, and enabling it to meet its full potential to the benefit of UK plc, and indeed economies worldwide.

“Drones, empowered by Standards that can be trusted and relied upon are the key to many of our economic, transport, security, environmental and productivity challenges of today. They will open up new avenues to innovation that we can only begin to imagine!

“Two years ago drones were forecast to spawn a $100 billion industry by 2020. But today the opportunities are perceived to be even greater than this since such projections were based upon available data at that time which predominantly focused on the air industry, and we define the entire drone industry as covering surface, underwater, air, and space. If you look at the entire picture the figures are much larger and growing faster than anyone expected. If you then forecast the impact of integrating drone technologies across these environments, the figures will take on an ever more exciting dimension.”