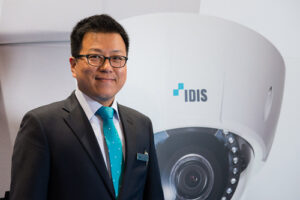 IDIS has appointed James Min to the role of Managing Director, IDIS Europe. James will be based out of the IDIS UK office in Brentford, London, where he will head up the external and internal sales force and technical team as well as playing a key part in driving marketing and public relations initiatives across Europe, particularly in the UK.

James has a ten-plus year record of accomplishment in the international security industry. Joining IDIS in 2004 as a Key Account Manager, he was promoted to leader of EMEA sales and marketing in 2010, where he was responsible for developing existing original design manufacturer (ODM) partnerships and opening many new business channels across Europe. He also played a strategic role in launching the IDIS brand business and DirectIP next generation surveillance across the region.  In 2014, James was promoted again as General Manager to become responsible for developing EMEA sales, directing marketing strategy and supporting product development for the IDIS Total Solution line up.

Commenting on his appointment, James said: “I’m excited to be taking on this new role and challenge, particularly here in the UK.  I’m looking forward to developing our strategy moving forward and building on our success since we launched our own brand business in 2013 and opened our first UK office, which has expanded significantly this year. My remit will also be to support the opening of new business channels with both distributors and strategic integrators, deepen relationships with our existing customer base and leverage the partnerships we have in mainland Europe.”