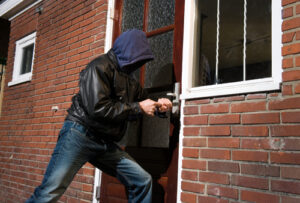 The Door & Hardware Federation (DHF) has welcomed the publication of the new Building Regulations which – for the first time in England – require new homes to incorporate provisions to resist unauthorised access. The new requirement, and the accompanying Approved Document Q of the Building Regulations covering door and window security, takes effect in October this year and will apply to all dwellings in England.

The new Approved Document states that doors and windows will meet the new security requirements if they can resist physical attack by a casual or opportunist burglar. To do this they must be both robust and be fitted with appropriate hardware.

The DHF represents the UK’s leading manufacturers of door and window hardware and locks. Its general manager and secretary Michael Skelding said: “We’ve campaigned alongside Secured by Design for a long time to have security incorporated into the Building Regulations. So we are particularly pleased that, at last, builders of new homes will have to ensure they provide enhanced levels of security for occupants.”

Approved Document Q gives guidance on how the requirements can be met by installing complete entrance doorsets which meet the security requirements of British Standards publication PAS 24:2012 or other standards that provide similar or better performance. A Kitemark, or other third party certification, demonstrates a doorset’s compliance with PAS 24:2012.

A bespoke door assembly, which has not been supplied as a complete doorset, should have a multipoint locking system which meets the requirements of PAS 3621 (or its variants PAS 8621 or PAS 10621 depending on the method of key operation). Single point locking systems must conform to BS 3621 (or its variants BS 8621 or BS 10621). The presence of a Kitemark on both PAS 3621 and BS 3621 locks is the assurance that the lock meets the standards.

All easily accessible windows should meet the security requirements of PAS 24:2012. Windows that satisfy other standards that provide similar or better performance are also acceptable under the Approved Document.

Added Michael Skelding: “The Housing Standards Review is streamlining the regulatory process to increase the number of new homes being built. Achieving increased security of homes was a key aim within the review. Properties built after October this year will feature levels of security that will provide real defence against break-in attempts.”