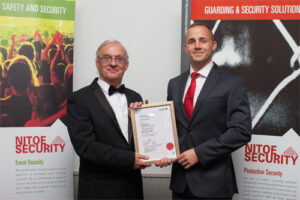 Cornwall’s Nitoe Security has reached a milestone by reaching certification from UKAS for the ISO 14001 Environmental standard, making Nitoe Security reportedly the first security services based company in Cornwall to achieve all three core standards, the further two being:  ISO 9001:2009 Quality management systems and OHSAS 18001:2007 health & safety (which where gained in 2014).

ISO 14001 has helped build the company’s framework by establishing an effective Environmental Management System. Taking over six months to achieve, at the start of the year Nitoe Security made a decision to build a more efficient environmentally focused company.

The company’s current scope of operations is working in conjunction with ports, leisure, tourism, asset monitoring, guarding, event and venue security services. Attaining the ISO 14001 certification is an important achievement in Nitoe Security progression in the security industry and will continue to aid them in developing the company services.