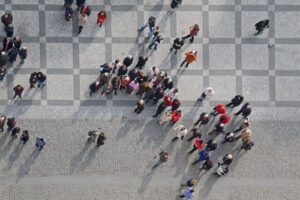 A survey of 1,000 people found that although almost half of the public won’t let recent terror attacks stop them from enjoying organised events, 39% would feel more at ease if emergency services, like paramedics, were on site and easily visible. 36% are calling for more armed officers to patrol public events, such as music concerts, and 57% would like to see more security guards on duty around event locations.

But it’s not just visible front line service personnel that will help alleviate fears this year. 44% of people would now like to see visible security measures to separate crowds from nearby traffic, put in place to prevent possible vehicle attacks.

Almost half (48%) of the public would welcome bag searches and 33% think metal detectors should be used at event entrances to spot suspicious behaviour. And 41% would like to see more CCTV and flood-lighting to help monitor festive events and public areas.

The study was conducted as part of ATG Access’ ‘Protecting the future of multifunctional cities’ report, which looks at how cities in Britain are being transformed into bustling multi-functional spaces, and the obstacles that are preventing public events from taking place.

Gavin Hepburn, director at ATG Access, said: “With the increasing number of terror attacks that have taken place across Europe, tensions have understandably been heightened – particularly as the Manchester Arena was targeted last year. The general consensus amongst the public seems to be that they’re not going to let the threat of terror ruin their spirit, but there are still some concerns around security and safety at public events.

“Brits are now calling on authorities to implement more visible security measures, but the most important thing to bear in mind is that these measures must not create a ‘fortress mentality’. While the public may feel safer knowing that security is being improved, solutions shouldn’t incite more fear and should enable people to enjoy the event.”

SSAIB and FIA join forces to help with certification