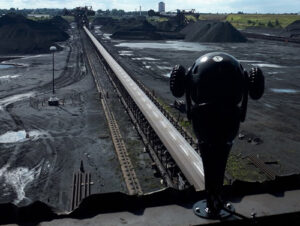 John Crowston, British Steel Security & Fire Prevention Manager, said, “The installation of the system, along with the new control room itself, was all meticulously planned and executed by Videcom, as the site was in full production throughout the process.

“The system itself is very user-friendly. Once an operator spends time using the system, they quickly build up a working knowledge of functionality, such as retrieving, reviewing and exporting recordings and event data. Three of the four operators using the system had no prior CCTV system experience. However, they have become totally proficient with the system, aiding other areas of the business with the provision of video information and data, such as the asset protection team, health and safety and site managers.”

Danny Harsley, Northern Projects Manager for Videcom, explained, “We used IR versions of the X-SERIES cameras, for night-time operation. We have included white-light on perimeter cameras, to point at and highlight intruders, warning them off-site. We have also used the wiper option, to ensure the camera’s optical, glass window, and hence the camera’s field of view, are kept clear and not compromised by dirt or rain.”