Security industry exports up by 18% 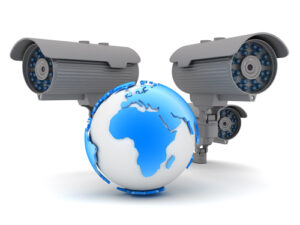 ADS, UK trade association for the security industry, has launched data showing that export growth for the industry is into double-digits, up 18 per cent on the previous year, generating £4bn for the nation’s finances.

The latest Outlook Report shows that:

According to ADS this growth is a clear indication that UK companies are developing an international reputation for agility and innovation, and are becoming increasingly relied upon to provide protection for people and businesses.

With 44 per cent of the industry’s turnover coming from exports, remaining competitive is vital for companies wishing to win business in tough international markets. 71 per cent of companies surveyed for this Outlook Report identified exports as a key driver for growth, citing North America, the Middle East and Latin America as key regions of focus.

Paul Everitt, CEO of ADS Group said: “The UK security industry is delivering public safety at home and is increasing demand abroad. Industry exports grew by 18 per cent to £4bn in the last year, providing a real boost to the economy. The UK’s skills and expertise developed through delivering major international events and densely- trafficked transport systems is in high demand around the world. The UK’s security industry saw total employment increase by five per cent to more than 121,000 high-value jobs.”