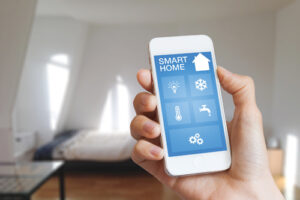 The prpl Foundation has unveiled its global study on the use of smart devices in a domestic setting entitled, “The prpl Foundation Smart Home Security Report.”  The study, which was conducted through OnePoll, covers the proliferation of smart device use and security within the home.  It surveyed 1,200 respondents across the US, UK, France, Germany, Italy and Japan to discover the measures people take to secure their smart homes and their attitudes about the security of devices.  Some key findings include:

The study also found that geographically speaking, reported adoption of smart devices per household was strongest in the continental European nations of France (5.8 devices), Italy (5) and Germany (4.5), with the UK (2.6) and US (2.4) around the same level as each other. Japan has an average of just one smart device per home.

“Little research has been done on a large enough scale to uncover the level of penetration of smart devices in the home, and more importantly, the security implications,” said Art Swift, president of the prpl Foundation.  “What we’ve uncovered is that the smart home is actually mainstream, as 83% confess to having connected devices, not including laptops, computers and smartphones, in use in their homes.  Game consoles, wireless printers and smart TVs were the most popular and yet security concerns have been raised about all three over recent years.

“Once it was established how pervasive smart technology in the home is, we also wanted to find out whether consumers are aware of the risks of the connected home and if homeowners would ultimately take responsibility for securing this new cyber domain, just as they would their physical front doors,” Swift continued.

The equivalent to the front door in the case of the cyber world is the home router. It is the conduit through which all domestic internet traffic passes. But while homeowners traditionally lock their physical front doors, the prpl Foundation study found that many are failing to secure their smart home by securing their routers. Failure to patch vendor updates could open critical vulnerabilities which hackers can take advantage of to eavesdrop on traffic and hijack smart devices.