Spring is in the air – beware! 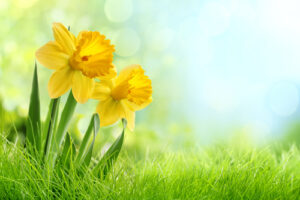 Springtime is not all sunshine when it comes to security, warns Farsight Security Services. The remote monitoring station’s statistics have revealed a peak in security breaches in March, April and May 2014. More than double the number of arrests occurred in spring 2014 compared to winter 2013/14.

In total the number of incidents* raised was 46 per cent higher in spring compared to winter, resulting in an average of two incidents per site during the spring months.

Arrest rates in spring remained at a peak in comparison to summer 2014 as arrests dropped by 75 per cent in June, July and August.

Malcolm O’Shea Barnes, senior operations manager at Farsight, explains: “With arrests and incidents peaking in the spring months, now is the time to be assessing security needs.”

However, the Farsight statistics show that, on average, sites received more than six incidents each throughout 2014.

Malcolm says: “Of course, security needs to be a year round priority. Sites will see each season present different security challenges. For example, with the peak in incidents, in spring it’s worrying to see false alarms occur because of minor things like fast growing foliage obstructing cameras. The statistics show that sites cannot afford to take risks with false alarms. Spring is a great opportunity for security installers to promote their maintenance services. Beyond that, the high number of incidents annually highlights security systems as a necessity. Each of the incidents recorded could potentially have cost the site owner thousands of pounds if they had not invested in 24/7 remote monitoring.”

*An incident is when a suspicious activity has been observed, either when a crime has taken place or when the activity could lead to a crime.