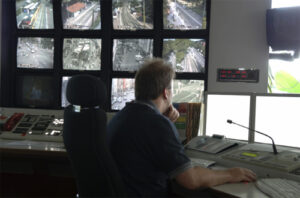 Pelco by Schneider Electric has announced that it is strengthening its relationship with Avaya to enable deeper collaboration on technology development and interoperability to provide customers with an easy-to-install, easy-to-scale network platform optimised for demanding video surveillance systems.

Stuart Rawling, Pelco Director of Partnering & Integration said: “The performance of the network is a critical part of any IP video system. Aligning with Avaya for network infrastructure makes it easier for us to provide the video quality and system performance that our customers demand.”

“Users and installers often struggle to realise the full potential of IP video surveillance technology due to limitations of the underlying network. Our approach with Avaya Fabric Connect is to provision only the ports attached to the cameras and the monitoring stations and receivers, without having to provision any of the core switches in between,” said Marc Randall, Senior VP and GM Avaya Networking. “This allows video surveillance networks to be deployed faster and easier than ever before, with the ability to add, move and change cameras on the fly.”

“Avaya and Pelco have been working together for several years and already have many joint customers and a number of large deployments with thousands of cameras,” added Herve Fages, Senior Vice President, Pelco Video Line of Business. “The formalising of the relationship will allow us to take what is working very well in several regions and deploy it to current and future customers around the world.”