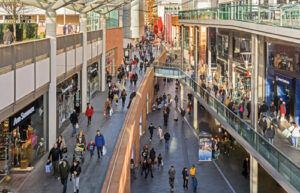 CSL has published the results of a study that highlights how UK retailers are failing to address connectivity concerns and how this is having a negative impact upon operational procedures. The company commissioned Research Without Barriers (RWB) to question 301 IT managers, IT directors, chief information officers (CIOs) and chief technology officers (CTOs) in retail companies with over ten employees.

The results highlight the vital role connectivity plays in today’s retail environment, with 50 per cent of respondents claiming that they could not operate without it.

Worryingly, the loss of connectivity is relatively commonplace, with 72 per cent of retailers having suffered such an event. Furthermore, 44 per cent of retailers lose connectivity every month – an event that three-quarters of those questioned said had a moderate or high impact on core functions, with point of sale (86 per cent), stock management (81 per cent) and general administration (76 per cent) most affected.

For retailers, the repercussions of downtime can be significant, with 86 per cent estimating that losing connectivity for a day impacts their sales by up to 50 per cent. Despite this, more than a quarter (27 per cent) of retailers have no backup plan in the event of a loss of connectivity; a figure that rises to 32 per cent in organisations with less than 250 employees.

“The results of this study clearly highlight the importance of connectivity within the modern retail environment, both in term of business continuity and impact on sales,” commented Simon Banks, group managing director of CSL Group. “Every retailer should have a contingency plan for connectivity downtime.”