The gender gap and the security industry 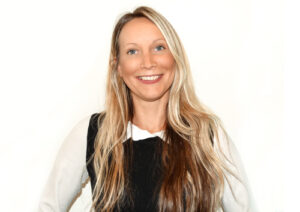 A 2013 report conducted by (ISC)2 on the Global Information Security Workforce found that women represent 11% of the workforce. The Women’s Security Society actually estimates that across the security industry as a whole that number is reduced down to 10%. Compare this statistic to the amount of women in the general workforce of professional roles, where results are closer to a 50/50 split. Previously, a career path in the security industry often came through policing or military backgrounds. However, this is changing, Jemma Doidge is one of a number of women in security making her impact known. There are more and more women holding executive level roles as well as a considerable increase in women entering the industry at junior level positions.

As Operations Manager of ievo, Jemma’s senior role involves overseeing the production of a range of biometric systems. Jemma grew up in Devon before moving to the North East with her young son to work for ievo. Not only was the move a change in location but also a change of industry, having previously spent 15 years in travel and tourism management.

“In the past, it was a rarity to find a woman on site,” says Jemma. “However, the industry has changed dramatically, with importance placed on increasing the amount of women within the industry.”

Yet there is still much to be done to raise the number of women in security as Jemma points out: “It may be that the security industry itself hasn’t recognised the different skill sets that woman can bring to the workforce, or it may just be that the industry itself has struggled to target higher learning institutes in order to bring in fresh faces to the industry. Quite simply, many school leavers aren’t aware of the variety in roles that the security industry provides, how exciting it is and the development opportunities within.”

To other women looking to work within the security industry, Jemma offers the following advice: “Don’t let pre-conceptions hold you back; the industry, just like any other, is changing and growing constantly. Organisations are shifting attention to this issue and recognising the contributions that women are making in order to inspire future generations of women to transform the industry. If you find the right business, gender will never be an issue.”

Trends: The next big thing