The risks of ‘not fit for purpose’ CCTV 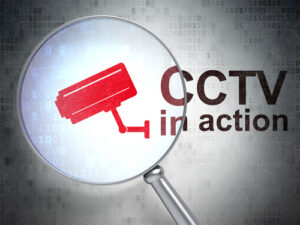 According to a new report, companies and consumers are putting assets at risk by choosing video surveillance solutions that are not fit for purpose. Aiming to simplify the options available and help companies make better decisions, the report highlights video surveillance as a service (VSaaS) which combines CCTV and cloud computing into one offering.

The report, commissioned by Cloudview, Comparative Review of VSaaS and Local CCTV Recording and Management, details the history of video surveillance, outlines its many uses and explains how the technologies have evolved and differentiated. The purpose of the report is to demystify buying decisions for all security managers, from consumers to corporate compliance officers. Highlighting how indecision over security upgrades exposes organisations and individuals to an increased likelihood of crime, the report also indicates that hasty decisions can result in wasting fortunes on pointless and expensive rip and replace upgrades.

Video surveillance has become increasingly prevalent across all walks of society, from home owners to high security prisons. Meanwhile, the technology has evolved from analogue to IP. The strengths and weaknesses of CCTV and IP cameras, and their compatibility, are not generally well understood, according to OpenSky, who conducted the study.

“Closed circuit and video surveillance as a service don’t need to be mutually exclusive,” says report author Nigel Stanley, Practice Director for cyber security at OpenSky UK. “Few people understand that they could complement each other and create an omnipotent management system. Another common misconception is that closed circuit analogue and open digital IP systems are completely incompatible, when in reality, the cloud is a simple and inexpensive way to bring the two together and get the best of both worlds.”

As such, many companies will misguidedly rip out analogue systems and replace them with digital systems, when there are straightforward, cost effective gadgets that can integrate the old and new systems.

Commenting on the findings, James Wickes, CEO of Cloudview said: “As video surveillance evolved from analogue to digital systems, it brought many new benefits, but it also confused people. Sadly, that confusion has created a massive dilemma for many decision makers. They either incur huge costs ripping out one system and replacing it with another, or they prevaricate and do nothing, which as recent events in Hatton Garden prove, is an even more expensive mistake. This report aims to help people get the best of both systems, with minimal investment.”

The report identifies the strengths and weaknesses of traditional techniques for video surveillance and highlights the best options for maximising existing systems. While highlighting that different generations of systems cannot understand each other, the positive news is that video surveillance as a service can bridge the generation gap and provide the right mix of youth and experience, bringing the best of analogue and digital technology together.

“Many companies need to improve their security. Doing nothing is a terrible mistake, but rash purchases will be expensive too. Understanding state of the art video surveillance services could be the best investment people ever make,” concludes Nigel Stanley.