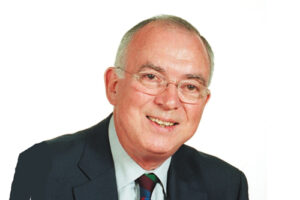 In December 2017 the security industry lost two major players with news of the passing of Mike Cahalane and Tom Buffett. Both are well-known across the market having achieved much and influenced many in their long service to the sector.

Mike Cahalane (pictured) founded Shield Protection in 1965 which he sold to Honeywell in 1982. In 1972, he was a founder of both the Independent Burglar Alarm Association (TIBAA) and the National Supervisory Council for Intruder Alarms (NSCIA) – which evolved into the National Security Inspectorate (NSI).

Dennis Judd of CSL DualCom told us: ‘’Mike was one of the ‘founding fathers’ and an integral part of the security industry. One of the best known figures in the alarm business – his career started with AFA then moving to Shield and Britannia then later on working as a security consultant. He was one of the founders of The Association of Security Consultants to which he was totally dedicated until the very end! He was also involved in trade associations, regulatory bodies and British Standards.

Mike will be remembered for that disarming smile and for his drive and enthusiasm and for always having time to offer advice and wise counsel. He will be sorely missed. ‘’

Andy Clutton, editor of PSI magazine, first met Mike just over a decade ago while covering the monthly ASC meetings in London for sister publication Risk UK. “Mike was always happy to lend me the benefit of his vast experience in the early days of my time working with the insurance side of the security sector,” he recalls. “He was a regular contributor to Risk UK in those days and was a great source of opinion on a range of subjects.” 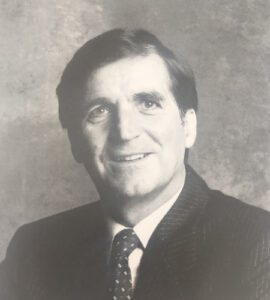 Tom Buffett became Chairman and Chief Executive of Automated Security Holdings (ASH) in 1974, the holding company for Modern Alarms. At that time Modern Alarms, later to become Modern Security Systems, had ten branches. With the extra funding that Tom managed to bring into the business the company was able to expand its branch network and acquire organisations as Brocks Alarms, Maxim Alarms Security Centres, the alarms division of Group4, Telecom Security and Lander Alarms. By the end of the 90s the company had a network of 24 branch offices nationally and separate divisions encompassing major systems, fire and CCTV.

In the early 80’s Tom formed Securitag as a separate trading entity based on an expansive UK designed clothing tag which he sold at the end of the decade, along with subsidiary Cam-Era CCTV to Sensormatic for £150 million.

Phil Hollett, non-executive director at CSL DualCom told us: “I first met Tom in the early eighties. Having just graduated from business school in Canada he offered me an opportunity to work in ASH in the UK. That offer opened up a world of opportunities for me which I would never have experienced without Tom taking a leap of faith. Over the next 35 years I worked for and with Tom and got to know him well. There are many ways to describe him.

“The standards he set for others were ones he would live by himself. I never heard Tom speak badly of another individual even when it would have been easy to do so. Tom was one of the most intelligent people I have ever met and yet was always genuinely interested in your opinion and would incorporate the good thoughts to make a better idea.”

Phil continues: “Tom’s greatest strength was his absolute loyalty to those he worked with and trusted. He said it allowed him to always sleep well and he could always look himself in the mirror every morning. Many of the words and ideas from Tom’s era probably seem a bit old fashioned now, modern, automated, and loyalty, however I like many others have grown up with this legacy and its values and profited from them.

“Tom walked a road less travelled and security industry generally, and many people personally owe him a debt of gratitude.”

Our condolences go out to family and friends of both Mike and Tom.

(Many thanks to Mike Hawker, Dennis Judd, Phil Hollett and Simon Banks for providing information for this piece)

Quality commitment pays off for Securi-Guard