The state-of-play for fire safety 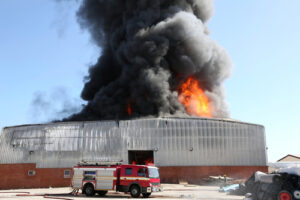 Euralarm, the trade association for the European electronic fire safety and security industry, has presented its position on the state of fire safety in Europe; the Association calls for several measures to keep Europe fire safe.

The presentation took place during the launch conference of the EU’s Fire Information Exchange Platform (FIEP), an initiative announced by the European Commissioner Elzbieta Bienkowska during a plenary meeting at the European Parliament.

Major fire events are a consistent reality in commercial, industrial and residential buildings. Three key areas contribute to this.

To continue the effort to keep Europe fire safe Euralarm calls for the following measures: