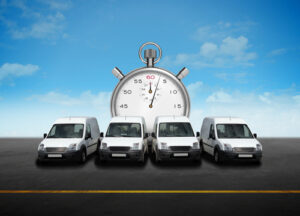 The European Court of Justice has ruled that time spent travelling to and from first and last appointments by workers without a fixed office should be regarded as working time. This time has not previously been considered as work by many employers.

This means that employers of security installers as well as other trades could be in breach of EU working time regulations.

According to the BBC the court said its judgement was about protecting the “health and safety” of workers as set out in the European Union’s working time directive. The directive is designed to protect workers from exploitation by employers, and it lays down regulations on matters such as how long employees work, how many breaks they have, and how much holiday they are entitled to.

One of its main goals is to ensure that no employee in the EU is obliged to work more than an average of 48 hours a week.

The ruling apparently came about because of an ongoing legal case in Spain involving security company Tyco which closed its regional offices in 2011, resulting in employees travelling varying distances before arriving at their first appointment.

The court ruling said: “The fact that the workers begin and finish the journeys at their homes stems directly from the decision of their employer to abolish the regional offices and not from the desire of the workers themselves. Requiring them to bear the burden of their employer’s choice would be contrary to the objective of protecting the safety and health of workers pursued by the directive, which includes the necessity of guaranteeing workers a minimum rest period.”

Suzanne Horne, Partner and Employment Lawyer at Paul Hastings LLP said: “The ruling from the European Court of Justice that for those employees without a fixed place of work, travel time between their first and last appointments should be regarded as ‘working time’ is another blow to UK employers which impacts the bottom line.

“The decision has immediate application and employers have no choice but to comply. This will create a serious burden for companies at a time when there is already pressure to foot the increasing salary bill resulting from case law on holiday pay, increased National Minimum Wage and next year’s new National Living Wage.

“Aside from the salary costs, there are additional questions about how this impacts an employee’s entitlement to daily rest breaks and the 48 hour maximum working week, as well as other employer liabilities, such as travel expenses.

“While employers work out the finer detail, it is obvious that this decision will add fuel to the Brexit debate.”

A Government spokesperson for the Department of Business, Innovation and Skills told PSI: “We are carefully considering the implications of this judgement.”