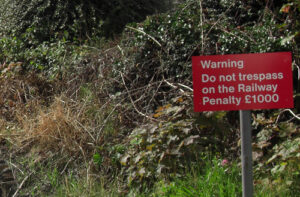 Using Panasonic’s vandal proof dome camera technology in combination with a thermal camera, AD Comms predicts that they can drastically reduce the number of false alerts that such systems can produce.

Steve Harris, Strategy Director at AD Comms commented: “The industry has been struggling with problems with this kind of analytics platforms in the past due to cameras, analytics software and network recorders not communicating effectively. We’ve been actively seeking the right technology partner to test in a real rail environment with a view to delivering industry leading technology to help Rail Operators solve this significant problem.

“For the last two months, we have been testing the Panasonic cameras in conjunction with Ipsotek’s analytics product VISuite. We are delighted by the stability of the system and we are planning to implement a live trial next month.”

The new system uses fixed visual cameras as well as thermal cameras in combination with VISuite’s virtual zone intrusion detection and loitering recognition, to create an accurate picture of an individual’s behaviour. Station platforms are zoned, so that anyone entering several virtual zones triggers a Pan Tilt and Zoom camera which tracks subsequent movements.

It will also provide an automated audible warning to those meeting behaviour patterns associated with trespassing. In addition, alerts are raised so that station staff can take appropriate action.

Andrew Dicken, Head of Panasonic Europe Solution Centre said: “We have come together with the AD Comms team who share a common passion to drive engineering innovation in to the transportation sector.”