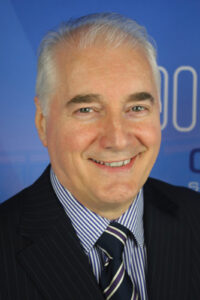 Veracity has announced the full acquisition of icomply, the software provider of integrated command and control security solutions. The agreement includes all operational staff, software, intellectual property, ongoing business and also icomply’s sales and support subsidiary in India.  Veracity will maintain icomply as a separate business and will immediately expand its operations including an imminent move to larger premises near Leeds.

Over the last fifteen years, icomply and its VTAS Pro platform has delivered integrated solutions to an expanding portfolio of clients. The modular software solution supports a range of access control, CCTV, fire, alarm and other security equipment vendors, including Veracity, Bosch, Honeywell, Paxton, Axis, Hanwha Techwin and Milestone.

Alastair McLeod, Group CEO of Veracity said: “With this acquisition, we extend our technical capability and broaden our target market.  We will progress the icomply concept to the next level while maintaining an independent and multi-vendor approach which is at the core of its unique value.”

Michael Gallagher will remain in charge of icomply business development and also be responsible for running sales, support and operations for the business.  He is delighted with the acquisition by Veracity, stating: “The icomply team are immensely pleased with the acquisition, as this will enable icomply to accelerate both its sales and software development plans with the support and backing of Veracity.”

Veracity has made a long term commitment to expanding the icomply framework to include a wider range of vendors and technologies as well as enabling channel partners to deliver integrated end-to-end solutions. Veracity will also utilise its technologies within VTAS Pro including its Coldstore Surveillance Storage System and Trinity, a system architecture that eliminates NVR servers by allowing IP cameras to record directly to Coldstore disk arrays.

Alastair McLeod said: “icomply is a natural fit for us and enables us to expand our strategy of delivering high-end security solutions at a lower total cost of ownership while helping system integrators and consultants offer better value to their customers.”

VTAS Pro will be sold through existing icomply channels in the UK and India and through Veracity channel partners elsewhere with the full support of the Veracity Group.