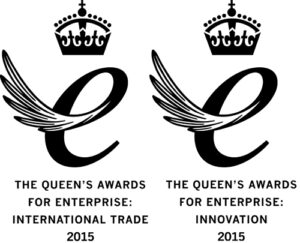 Wavestore is reportedly one of only two businesses in 2015 to have won two Queen’s Awards for Enterprise. They are conferred annually by HM Queen Elizabeth II, on the advice of the Prime Minister, to organisations with outstanding performance in international trade, innovation and sustainable development. The winners were announced on 21st April, the birthday of Her Majesty The Queen.

“We are immensely proud to be recognised with two Queen’s Awards which reflect the hard work and ingenuity of all those who work at Wavestore,” said Stuart Caldecourt, Chairman and Managing Director of Wavestore. “The Awards coincide with the launch of Version 6, the latest release of our Video Management Software (VMS), which helps users achieve maximum benefit from their investment in a security system.”

The Queen’s Award for Enterprise (International Trade) was won by Wavestore for achieving 323% growth in export earnings over the past three years.