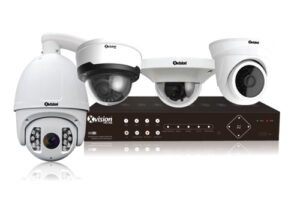 Y3K Europe has announced a strategic distribution partnership with Northamber. Through the partnership agreement, Northamber will be selling Y3K’s Xvision range of IP CCTV surveillance solutions.

The deal means that Xvision IP cameras and network video recorders will be sold under the Northamber banner to companies operating primarily within the IT channel.

Y3K’s Head of Business Development, Chris Valentino, said: “It was clear after our initial research that Northamber was best positioned to take on our range, due to their success in IT distribution. Following several meetings with Northamber’s senior management we could see they were committed to becoming a force within the IP CCTV sector. We felt that this was a natural progression for them (and us) to take.”

Aided by Y3K, Northamber staff are currently undertaking a series of training courses designed to increase their IP surveillance knowledge and expertise.

Alex Phillips, Northamber’s Director of Strategy commented: “Northamber are delighted to add XVision CCTV to our strategic solutions portfolio. We are excited to be partnering with a fellow well established UK brand and building a strong partnership.”